HEAVEN ADORES YOU CAST & RESPECTIVE BIOS (in order of appearance) 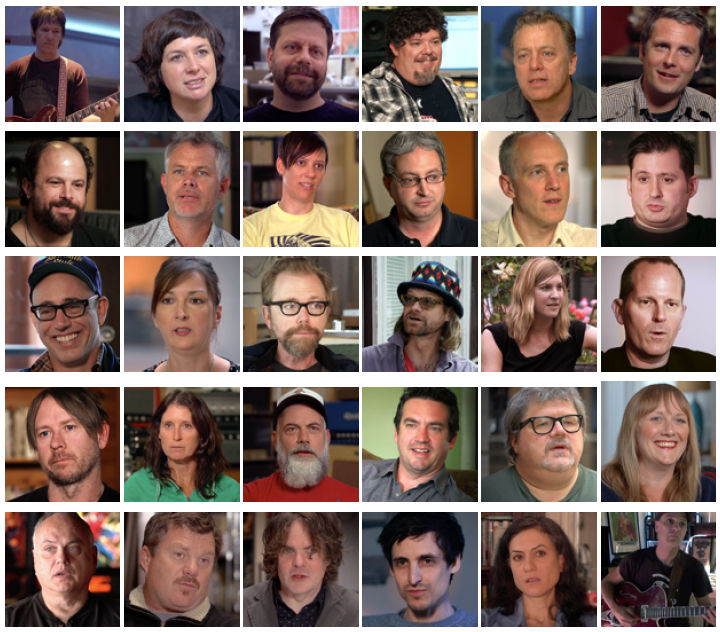 Elliott Smith – Elliott Smith was an American singer and songwriter (born Steven Paul “Elliott” Smith) whose rise to prominence in the 1990s and early 2000s was cut short by his untimely death at the age of 34 in 2003.

Autumn de Wilde – Autumn de Wilde is an American photographer best known for her portraiture and commercial work photography of musicians. She directed Smith’s Figure 8 video “Son of Sam” and took numerous photos of him over several years of friendship, many of them instantly recognizable, iconic shots.

Aaron Espinoza – Aaron Espinoza, a friend of Elliott’s, is a singer/guitarist in the band Earlimart. The song “Heaven Adores You” from their 2004 album “Treble and Tremble” inspired the documentary’s name.

Tony Lash – Tony Lash is an American musician and music producer, most notable as a founding member of Heatmiser as the band’s drummer.

Sean Croghan – Sean Croghan is a Portland-based musician who has fronted the bands Crackerbash and Jr. High. He was also a friend of Elliott’s.

Janel Jarosz – Janel Jarosz is a musician associated with Trailer Queen. She was also a friend of Elliott’s.

Pete Krebs Pete Krebs is a popular Portland-based musician and, former member of the band Hazel and Elliott’s friend.

Joanna Bolme – Joanna Bolme, Elliott’s former girlfriend, is a west-coast based musician, currently the bass player in Stephen Malkmus and the Jicks. She was also a member of the bands Calamity Jane and Jr. High. She co-produced Smith’s posthumous release, From a Basement on the Hill.

Rob Schnapf – Rob Schnapf is an American record producer and musician and co-producer of Elliott Smith’s albums Either/Or, XO, Figure 8 and From a Basement on the Hill.

John Chandler – John Chandler is a Portland-based music writer and former Oregon Editor for the magazine “The Rocket.”

Jon Brion – Jon Brion is an American rock and pop multi-instrumentalist, singer, songwriter, composer and record producer who worked with Elliott on many occasions.

Shon Sullivan – Shon Sullivan, a friend of Elliott’s, is Goldenboy, and a member of the LA-based band of the same name. According to legend, Elliott Smith named Shon “Goldenboy” while touring with him in 2000.